The Miles to Niles

Davies Molding has sister companies all over the world. One of those companies happens to be Spartan Tool located in Niles, Michigan.  This week, our interns Erin, Steve, and Joe were able to join the rest of the Heico Companies's summer interns on a trip to see the facility.

After being greeted by the staff there, they learned about the history of the company, which was founded in 1943 and acquired by The Heico Companies in 1979.  After a major fire in 2003 destroyed the entire Spartan Tool facility in Mendota, IL, the plant relocated temporarily to Mishawka, IN and finally to its current location in Niles, MI in July 2015.

Next, the group learned about the product lines, all of which can be found on their website and are listed below: 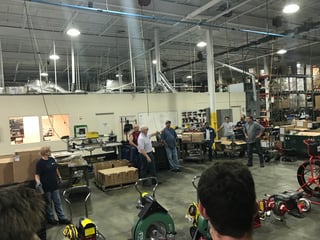 The group was then given a tour of the facility, where they learned about various departments, from cable production to shipping.

A main focus of the visit was learning about one of the principles upon which the company operates, LEAN.  Essentially, LEAN promotes accountability, efficiency, organization, and the elimination of waste. 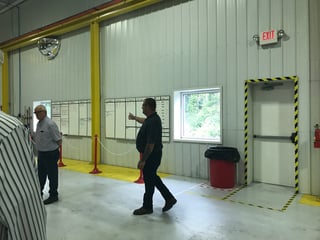 President Kevin Walsh, having used LEAN successfully at other companies, came to Spartan in 2016.  By bringing the concept of LEAN to Spartan, Walsh was able to implement many positive changes.  Employees now feel like a much more integral part of the team.  All employees are able to suggest changes.  The clean, organized, and efficient facility was a testament to how the implementation of LEAN was truly beneficial to Spartan.

Topics: About the Company 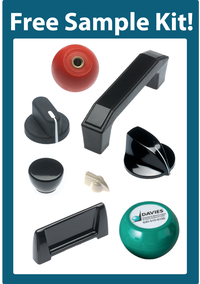